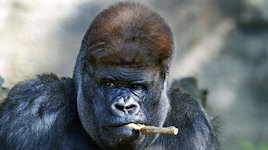 Sexual jealousy has been studied extensively by evolutionary scientists and has been shown to be a normal emotional reaction to perceived or actual partner infidelity. This research has provided evidence for sex differences in jealousy, as well as an explanation as to why the sexes have different reactions to infidelity. When asked which type of partner infidelity would be more upsetting, men are more likely to select sexual infidelity and women are more likely to select emotional infidelity (Buss et al., 1992, Buss et al., 1999, Schutzwohl, 2004, Schutzwohl, 2005, Schutzwohl & Koch, 2004, Shackelford et al., 2002, Shackelford et al., 2004).

These findings have been well documented in normal adult populations but have not yet been investigated in individuals diagnosed with morbid jealousy. These individuals have irrational thoughts about their partner's fidelity (APA, 2000), and they incessantly make unwarranted or unverified accusations about their partner's infidelity (e.g., Kingham & Gordon, 2004, Shepherd, 1961, Vauhkonen, 1968). Morbid jealousy can be thought of as hypersensitive jealousy, as these individuals experience jealous reactions at a much lower threshold than normal individuals.

A greater percentage of men than women diagnosed with morbid jealousy will focus on a partner's sexual infidelity.

A greater percentage of women than men diagnosed with morbid jealousy will focus on a partner's emotional infidelity.

A greater percentage of men than women diagnosed with morbid jealousy will focus on indicators of a rival's status and resources.

A greater percentage of women than men diagnosed with morbid jealousy will focus on a rival's youth and physical attractiveness.

The database was constructed by identifying and securing all morbid jealousy case histories published in English (available upon request from the first author). We then constructed a coding sheet to be used for each case history (available upon request from the first author). The coding sheet secured demographic information, including the sex and age of the individual, the sex and age of the partner, type of relationship, and length of relationship. Collection of other information on the coding sheet was guided by evolutionary psychological theories of jealousy and included information regarding the mate value of both individuals in the relationship, the sexual history of the couple, sexual fidelity, sexual rivals, mate guarding, and violence in the relationship. Using the coding sheet, a spreadsheet database was constructed to allow for statistical analyses designed to test the hypotheses.

We first identified all published case histories using the search terms “pathological jealousy,” “morbid jealousy,” “conjugal paranoia,” and “Othello syndrome” in the PsycINFO and MEDLINE/PubMed databases available online. These databases provide publication data that cover the years 1806–2005 for PsycINFO and the years 1896–2005 for MEDLINE/PubMed, inclusive, as of July 2005. Case histories were selected by reviewing individual article abstracts to determine a history was present in the article. Using these case histories and previous evolutionary psychology research, a coding sheet was generated for the purpose of standardizing the data contained in each case history. Two coders examined the case histories for information on the type of infidelity partners were accused of committing and for information about the morbidly jealous individual's potential rival. To ensure high reliability between coders, several cases were coded by both coders. Discrepancies between coders were minimal and were easily resolved.

Hypothesis 3, Hypothesis 4 were analyzed using descriptions of rivals provided by morbidly jealous individuals in the case histories. Cases that provided no information regarding the rival (327 cases) or a description of the rival that was not relevant (i.e., derogatory rival comments in 35 cases) were excluded from the analysis, leaving a total of 36 cases that reported a description of the rival. The rival's youthfulness and/or physical attractiveness was reported in 24 cases (7 men, 17 women), and status and/or resources were reported in 12 cases (10 men, 2 women). For analysis, a 2?2 Fisher's Exact Test was used due to the number of women reporting status and/or resources being less than five. A significant difference was found [?2(2, N=36)=9.42, p=.004], indicating that men were more likely to report that a rival had greater status and/or resources and that women were more likely to report that a rival was younger and/or more physically attractive (Fig. 2).

Although there have been many previous studies of jealousy, none has specifically studied the population of morbidly jealous individuals from an evolutionary perspective. Previous researchers have offered conjecture that this population would behave in a fashion similar to that of normal individuals, and the results from the present study support such conjecture (e.g., Buss, 2000, Daly et al., 1982).

One potential problem with the current study is that analyses were limited by what has been reported in published case histories. Careful effort was made by trained researchers to not use conjecture or to make assumptions about what was being reported. It is possible that, because of this caution, there are other cases that could be included in the analyses but were excluded from the present analyses. However, although this caution produced small frequencies for some of the variables, the hypothesized sex differences emerged.

Despite being limited by what has been reported in the case histories, the methodology of the present study is a valid research tool. Wilson and Daly (1992) suggested that archival data may be a better way to obtain information about jealousy from individuals, as individuals may not provide accurate responses on self-report measures. Archival data also allow researchers access to populations that are usually not readily available, such as clinical patients or convicted felons. Using archival data on homicides, Daly and Wilson (1988) documented that jealousy consistently appears as a source of conflict in sexual relationships. Their research has since been applied with various methodologies to other populations, and similar results have been found (e.g., Shackelford, Goetz, Buss, Euler, & Hoier, 2005).

This methodology can be applied to other clinical populations in which evolutionary hypotheses have been generated but not tested. Large archived databases of clinical patients can also benefit clinicians who treat these patients. For example, our database of individuals with morbid jealousy includes information regarding diagnosis and treatment. Having this information collected in one database might make it easier for clinicians to determine successful courses of treatment for these individuals.

As demonstrated by the current study, using archival data on clinical patients can provide insight into human behavior. Although using published case reports has limitations, this procedure provided access to a large cross-cultural sample. We hope that other researchers use this to investigate other clinical populations and to investigate behaviors that may be difficult to assess with self-report measures.

We thank Jerome Wakefield, David Bjorklund, Robin Vallacher, the Evolutionary Psychology Laboratory at Florida Atlantic University, the Buss Laboratory at The University of Texas at Austin, and two anonymous reviewers for valuable feedback on various stages of this project and earlier drafts of this manuscript.

Schutzwohl, 200417.Schutzwohl A. Which infidelity type makes you more jealous? Decision strategies in a forced-choice between sexual and emotional infidelity. Evolutionary Psychology. 2004;2:121–128.

a Department of Psychology, The University of Texas at Austin, Austin, TX 78712, USA